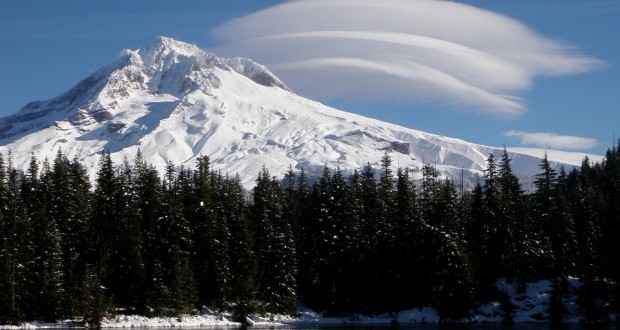 Mighty Rock of My Salvation

Thus, there are three things here, similar to the order of the prayer:

Thus, we begin with the present, as it says, “To praise You is a delight,” meaning we thank and praise You for the good we have received from You. It is as our sages said, “One should always praise the Creator and then pray”.

Thus, after he said, “To praise You is a delight” comes the prayer, and we say, “Restore my House of Prayer.”

What is “My House of Prayer”? It means, as it is written, “Even them will I bring to My holy mountain, and make them joyful in My house of prayer.” “My holy mountain.” mountain in it is original language comes from the word thoughts/contemplations, meaning that He will bring them thoughts of holiness.

After “Restore my House of Prayer” comes “And there we will bring a thanksgiving offering.” It follows that first there is praise, then there is prayer, and then praise once more, like the order of the prayer, which concludes with praise and thanksgiving.

But what can one do if he wants to begin with praise but his heart is closed, and he feels that he is full of faults and cannot open his mouth and sing and praise? The advice is to go above reason and say that everything is “covered mercies.” In other words, he should say that everything is mercy], but it is covered from him because he is not yet qualified to see the delight and pleasure that the Creator has prepared for His creations.

But the important thing is for a person to first have a desire to sacrifice the will to receive. And since the will to receive is the very essence of the Creator, the creature loves it and it is very difficult for him to understand that it must be annulled or else it is impossible to be rewarded with anything spiritual.

In corporeality, we see that a person has a desire and deficiency that concerns him, which comes from inside his body, and there is a desire that one acquires from the outside, not from himself. In other words, if there were no people outside who begot this desire in him, he would never feel that he needed it, but people on the outside begat this desire in him.

This is apparent primarily in clothing. At home, a person wears what is comfortable for him. But when he is among people, he must dress according to the way others see it. He has no choice, since shame compels him to follow their fancies.

It is the same in spirituality. A person has a desire within him, which comes from himself. In other words, even when he is alone and there are no people around him to affect him, or from whom to absorb some desire, he receives an awakening and craves to be a servant of the Creator. But his own desire is probably not big enough for him not to need to enhance it so he can work with it to obtain the spiritual goal. Therefore, there is a way—just like in corporeality—to enhance that desire through people on the outside who will compel him to follow their views and their spirit.

Hence, the issue of love of friends is where each person in the group, besides having a desire of his own, acquires desire from the friends. This is a great asset that can be obtained only through love of friends. However, one should take great care not to be among friends who have no desire to examine themselves, the basis of their work—whether it is to bestow or to receive—and to see if they are doing things in order to reach the path of truth, which is the way of nothing but bestowal.

Hence, when he comes into a group where everyone is thirsty for the power to bestow, everyone receives this strength from everyone else. This is considered receiving strength from the outside in addition to the small power that he has within him.

However, opposite that, there is a force from the outside from which it is forbidden to receive any assistance, even though this force, which he can receive from the outside, will give him fuel for the work. One should be very careful not to receive it. And one needs take great care because the body tends to receive strength for the work specifically from people on the outside. It comes to a person when he hears that it is said about him, for instance, that he is a virtuous person, or a wise disciple, or a man with fear of heaven, or when it is said about him that he is a man who seeks the truth. When a person hears these things, that his work is appreciated, these words give him strength for the work because he is receiving honor for his work.

And then he doesn’t need faith above reason and the power of bestowal, meaning that the Creator will help him and this will be his motivation. Instead, he receives fuel from the externals. In other words, the external ones compel him to engage in the study.

This is the issue with being humble—one of its reasons is so that there will be no nursing to the external ones. This is why one must walk humbly, as it is written, “And to walk humbly with the Lord your God.”

It follows that this is similar to working for a foreign god. That is, they order him to work for the reward of respect which they will give him in return for engaging in the study. This means that if they do not know of his work, and he did not see that there is someone who sees and engages in the Torah, there is no one to obligate him to work. This is called “the grip of the external ones,” and this is why a person must work in a concealed manner.

However, working in a concealed manner is not enough. Although it is true that now only the Creator compels him to do the holy work, there must be one more thing: a person must work not in order to receive reward. This is a completely different matter because it is against our nature. We are created with a nature called “will to receive.” But now we must work only in the work of bestowal and receive nothing for ourselves.

For that, we must seek out a society where each one believes that we must work to bestow. Since this is a small force within a person, he must look for people who are seeking such powers, too. Then, united, each of them can receive strength from the others, and this is all that one needs. And the Creator will send him help from above that we may be able to walk on the path of bestowal.

nature 2015-02-08
صاحب حكيم
السابق: And There Was Evening and There Was Morning
التالي: Concerning Bestowal