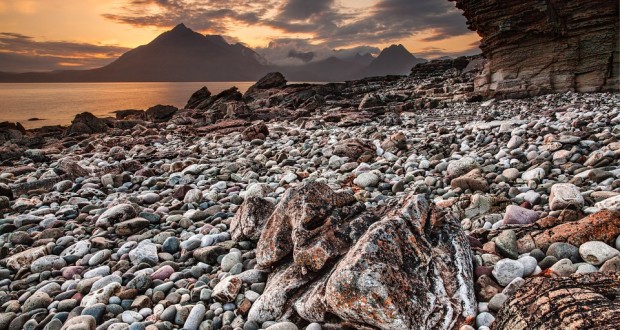 the history of the Zohar

The first Kabbalist we know of was the patriarch Abraham. He saw the wonders of human existence, asked questions of the Creator, and the upper worlds were revealed to him. The knowledge he acquired, and the method used in its acquisition, he passed on to coming generations.

Kabbalah was passed among the Kabbalists from mouth to mouth for many centuries. Each Kabbalist added his unique experience and personality to this body of accumulated knowledge. Their spiritual achievements were described in the language relevant to the souls of their generation.

Kabbalah continued to develop after the profit Moses. In the period between (586 BCE – 515 BCE), the book of Zohar was being studied in groups. Following (70 CE) and until the current generation, there have been three particularly important periods in the development of Kabbalah, during which the most important writings on Kabbalah study methods were issued.

The first period occurred during the 2nd century, when the book of The Zohar was written by Rabbi Shimon Bar Yochai, “the Rashbi.” This was around the year 150 CE. Rabbi Shimon was a pupil of the famous Rabbi Akiva (40 CE – 135 CE). Rabbi Akiva and several of his disciples were tortured and killed by the Romans, who felt threatened by his teaching of the Kabbalah. They flayed his skin and stripped his bones with an iron scraper (like today’s currycomb) for cleaning their horses. Following the death of 24,000 of Rabbi Akiva’s disciples, the Rashbi was authorized by Rabbi Akiva and Rabbi Yehuda Ben Baba to teach future generations the Kabbalah as it had been taught to him. Rabbi Shimon Bar Yochai and four others were the only ones to survive. Following the capture and imprisonment of Rabbi Akiva, the Rashbi escaped with his son, Elazar. They hid in a cave for 13 years.

They emerged from the cave with The Zohar, and with a crystallized method for studying Kabbalah and achieving spirituality. The Rashbi reached the 125 levels man can achieve during his life in this world. The Zohar tells us that he and his son reached the level called “Eliyahu the Prophet,” meaning that the Prophet himself came to teach them.

The Zohar is written in a unique form; it is in the form of parables and is presented in Aramaic, a language spoken in biblical times. The Zohar tells us that Aramaic is “the reverse side of Hebrew,” the hidden side of Hebrew. Rabbi Shimon Bar Yochai did not write this himself; he conveyed the wisdom and the way to reach it in an organized manner by dictating its contents to Rabbi Aba. Aba rewrote The Zohar in such a way that only those who are worthy of understanding would be able to do so.

The Zohar explains that human development is divided into 6,000 years, during which time souls undergo a continuous process of development in each generation. At the end of the process souls reach a position of “the end of correction,” i.e., the highest level of spirituality and wholeness.

Rabbi Shimon Bar Yochai was one of the greatest of his generation. He wrote and interpreted many Kabbalistic subjects that were published and are well known to this day. On the other hand, the book of The Zohar, disappeared after it was written.

According to legend, The Zohar writings were kept hidden in a cave in the vicinity of Safed in Israel. They were found several hundred years later by Arabs residing in the area. A Kabbalist from Safed purchased some fish at the market one day, and was astonished to discover the priceless value of the paper in which they had been wrapped. He immediately set about purchasing the remaining pieces of paper from the Arabs, and collected them into a book.

This happened because the nature of hidden things is such that they must be discovered at a suitable moment, when suitable souls reincarnate and enter into our world. That is how The Zohar came to be revealed over time.

The study of these writings was conducted in secret by small groups of Kabbalists. The first publication of this book was by Rabbi Moshe de Leon, in the 13th century in Spain.

The second period of the development of Kabbalah is very important to the Kabbalah of our generation. This is the period of “the Ari,” Rabbi Yitzhak Luria, who created the transition between the two methods of Kabbalah study. The first time the pure language of Kabbalah appeared was in the writings of the Ari. The Ari proclaimed the start of a period of open mass study of Kabbalah.

The Ari was born in Jerusalem in 1534. A child when his father died, his mother took him to Egypt where he grew up in his uncle’s home.

During his life in Egypt, he made his living in commerce but devoted most of his time to studying Kabbalah. Legend has it that he spent seven years in isolation on the island of Roda on the Nile where he studied The Zohar, books by the first Kabbalists, and writings by another rabbi of his generation, “the Ramak,” Rabbi Moshe Cordovero.

In 1570, the Ari arrived in Safed, Israel. Despite his youth, he immediately started teaching Kabbalah. His greatness was soon recognized; all the wise men of Safed, who were very knowledgeable in the hidden and revealed Wisdom, came to study with him, and he became famous. For a year-and-a-half his disciple Rabbi Chaim Vital committed to paper the answers to many of the questions that arose during his studies.

The Ari left behind a basic system for studying Kabbalah, which is still in use today. Some of these writings are Etz Hachayim (The Tree of Life), Sha’ar HaKavanot (The Gateway of Intentions), Sha’ar HaGilgulim (The Gateway of Reincarnation), and others. The Ari died in 1572, still a young man. His writings were archived according to his last wish, in order not to reveal his doctrine before the time was ripe.

The great Kabbalists provided the method and taught it, but knew that their generation was still unable to appreciate its dynamics. Therefore, they often preferred to hide or even burn their writings. We know that Baal HaSulam burned and destroyed a major part of his writings. There is special significance in this fact that the knowledge was committed to paper, and later destroyed. Whatever is revealed in the material world affects the future, and is revealed easier the second time.

Rabbi Vital ordered other parts of the Ari’s writings to be hidden and buried with him. A portion was handed down to his son, who arranged the famous writings, The Eight Gates. Much later, a group of scholars headed by Rabbi Vital’s grandson removed another portion from the grave.

Study of The Zohar in groups started openly only during the period of the Ari. The study of The Zohar then prospered for two hundred years. In the period (1750 – to the end of the 19th century), almost every great teacher was a Kabbalist. Kabbalists appeared, mainly in Poland, Russia, Morocco, Iraq, Yemen and several other countries. Then, at the beginning of the 20th century, interest in Kabbalah waned until it almost completely disappeared.

The third period of the development of Kabbalah contains an additional method to the Ari’s doctrines, written in this generation by Rabbi Yehuda Ashlag, who authored the commentary of the Sulam (ladder) of The Zohar, and the Ari’s teachings. His method is particularly suited to the souls of the current generation.

Rabbi Yehuda Ashlag is known as “Baal HaSulam” for his rendition of the Sulam of The Zohar. Born in 1885 in Lodz, Poland, he absorbed a deep knowledge of the written and oral law in his youth, and later became a judge and teacher in Warsaw. In 1921, he immigrated to Israel with his family and became the rabbi of Givat Shaul in Jerusalem. He was already immersed in writing his own doctrine when he began to pen the commentary of The Zohar in 1943. Baal HaSulam finished writing his commentary of The Zohar in 1953. He died the following year and was buried in Jerusalem at the Givat Shaul cemetery.

His eldest son, Rabbi Baruch Shalom Ashlag, “the Rabash,” became his successor. His books are structured according to his father’s instructions. They gracefully elaborate on his father’s writings, facilitating our comprehension of his father’s commentaries as handed down to our generation.

The Rabash was born in Warsaw in 1907 and immigrated to Israel with his father. Only after Rabbi Baruch was married did his father include him in study groups of selected students learning the hidden wisdom of Kabbalah. He was soon allowed to teach his father’s new students.

Following his father’s death, he took it upon himself to continue teaching the special method he had learned. Despite his great achievements, like his father, he insisted on keeping to a very modest way of life. During his lifetime he worked as a cobbler, construction worker and clerk. Externally, he lived like any ordinary person, but devoted every spare moment to studying and teaching Kabbalah. The Rabash died in 1991.

Rabbi Yehuda Ashlag, the Baal HaSulam, is the recognized spiritual leader for our generation. He is the only one in this generation who has written a fully comprehensive and updated commentary of The Zohar and the writings of the Ari. These books, with the addition of his son Rabbi Baruch Ashlag’s essays, are the only source we can use to assist us in further progress.

When we study their books, we are actually studying The Zohar and the Ari’s writings through the most recent commentaries (of the past 50 years). This is a life belt for our generation, since it enables us to study ancient texts as if they had been written now, and to use them as a springboard to spirituality.

Baal HaSulam’s method suits everyone, and the sulam (ladder) he built in his writings ensures that none of us need fear studying Kabbalah. Anyone learning Kabbalah is assured that within three to five years he will be able to reach spiritual spheres, all realities and divine understanding, the name given to that which is above and beyond us and not yet felt by us. If we study according to the books of Rabbi Yehuda Ashlag, the Baal HaSulam, we can reach true correction.

The study method is constructed to awaken in us a desire to understand the upper worlds. We are given a greater desire to get to know our roots and to connect with them. We are then empowered to improve and fulfill ourselves.

All three great Kabbalists are of the same soul: first appearing as Rabbi Shimon, on a second occasion as the Ari, and the third time as Rabbi Yehuda Ashlag. On each occasion, the timing was ripe for further revelation because the people of that generation were worthy, and the soul descended to teach the method suitable for that generation.

Each generation is increasingly worthy of discovering The Zohar. What was written by Rabbi Shimon Bar Yochai and hidden was later discovered by the generation of Rabbi Moshe de Leon, and then by the Ari, who started to interpret it in the language of Kabbalah. These writings were also stored away and partly rediscovered when the timing was right. Our generation is privileged to learn from the Sulam, which enables everyone to study Kabbalah and to correct himself now.

Importantly, at the same time, an attempt is made to conceal Kabbalistic writings so that those feeling the need to seek them will discover them by themselves. The Kabbalists evidently know that the process of change requires two conditions: correct timing and maturity of the soul. We are witnessing a very interesting occurrence, characterized by the breakthrough and signaling of a new era in the study of Kabbalah.

Zohar 2015-01-30
صاحب حكيم
السابق: Perface to the Zohar
التالي: Introduction to The Book of Zohar