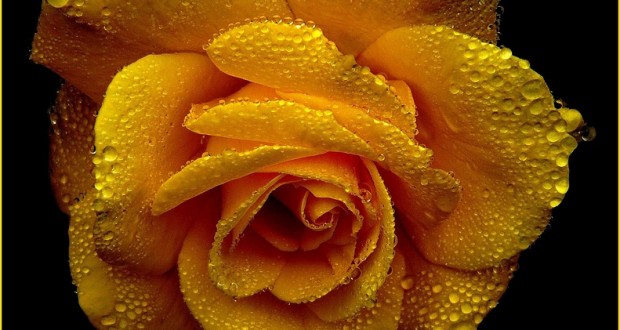 finding the Creator Within.

The Conditions of the Soul Development

Three Periods of Growth of Body

We distinguish three periods of growth pertaining to the body:

It is the same with the soul. Man goes through life incarnations until he apprehends the wisdom of Kabbalah. However, the soul develops not through accumulation of knowledge, but by acquiring new altruistic properties, which come with the acquisition of knowledge about the spiritual nature.

This way a child gradually gains strength in correspondence with the obtained knowledge. If strength precedes the acquisition of knowledge, it can cause harm. Similarly, unless the soul possessed the necessary wisdom, it would certainly harm itself. Therefore, it can act only to the extent of the acquired knowledge.

Good deeds make up a basis of the soul’s development. Both elements – the knowledge and the good deeds – depend on the study of Kabbalah and come at the same time. Hence, every soul attains all other souls from Adam to the Final correction.

The body is an egoistic desire, whose life is a sequence of alternating bad and good states. In accordance with the law of nature, bad states force out good ones. To make things worse, man sometimes believes that other people feel good. Thus the body is being constantly “ground” between the millstones of bad and evil.

Attainment in the Material and the Spiritual

Everything that happens to the body is determined by itself and its nature. The material reality can be researched without the attainment of its source.

However, the relations between the material and the spiritual determine everything that occurs with the soul. The spiritual reality can be attained only to the extent of the attainment of its source, causes and effects. This way we grasp the Creator’s greatness.

The person should reveal two aspects of the spiritual:

The term “spiritual” indicates that (like air) it has neither limits nor form. However, as the reality of air is obvious in the person’s perception, so is the spiritual reality.

Need to Attain the Creator

The mind desires to attain the Creator, because this aspiration is imprinted in its nature. This desire is not limited by the Creator’s attainment; it is manifested with regard to everything that is concealed. It aspires to discover the mystery of life incarnations, the secrets kept in the hearts of people, etc.

The attainment of the created beings is an action directed at the surrounding people. If only one were created in the world, it would not have aspired to such an attainment.

The attainment of the Creator is an action, which the soul makes regarding itself. Its structure constitutes the state in which it perceives itself as the creation. Everything drives it to the desire in which it feels the Creator. The intensity of this sensation determines the soul’s capacity.

Attainment of the Creator

How can we perceive the Creator, if he has no material form? This is possible only in a new awakening desire. Thus, we can speak about the spiritual and its laws.

The mind is defined by the person’s sensation in the analysis of “truth and falsehood.” This is the Creator’s part given from above. It has nothing to do with imagination and is exclusively determined by sensations. It is called reality, and transpires in the laws and modes of action.

This law is defined as the mind itself and its image, and is a part of the Creator. Hence this image is revealed in the sensation of oneself and one’s reality.

The image in this law is a complete and constant form of its state, which cannot disappear completely or partially. It is called necessary and essential, without any additions or reductions.

In other words, if the Creator’s revelation were a compulsory law, there would be no need for the wisdom of Kabbalah. However, the Creator reveals Himself according to His own desire, and not by compulsion.

Attainment is Possible Only with the Help of Kabbalah

The Creator requires no philosophical models as the proof of His existence. Only with the help of the wisdom of Kabbalah will the Creator’s rule over the creatures be revealed.

The positive character of the reality should stem from the sensation if the Creator. It is called an absolute realization, and brings the Creator’s love and goodness; whereas the dry scholastic knowledge neither elevates nor lowers the person.

The perfect knowledge is special because evidence immediately turns to desire.

Those who are guided by the mind of the physical body do not aspire to attain the Creator and are totally indifferent to the knowledge of humanity. The mind, dressed in the external shell, perceives only the outward appearance – man’s body and his actions. He does not think that it is insufficient. He is not troubled by the lack of knowledge about the mind and the spiritual form of his fellow creatures, since he feels no obligation to know his neighbor better than himself.

Therefore, the person who knows well the laws of the material world’s nature will say that he knows the Creator “face to face,” for he is merged with Him in the equivalence of form and in the movements of his mind.

Difference between Spiritual Creature and Conduct

The aforementioned preparation called the human mind is an extract of all the organs and properties of his physical body. It is superposed on the first attractions that were imprinted in the human mind.

For example, when a child observes the forms of creation in this world, one of them compels it to gravitate towards the mind; another pushes it towards wealth; the third attracts it to courage, etc.

If the child chooses the importance of knowledge, it means that it attracts the good creation which, later on, will lead to good conduct. If it chooses wealth, the creation it attracts is of lesser value.

At a later stage, one adult forsakes all material things and aspires to the spiritual, while another chooses knowledge. If the child cultivates the value of the former, it attracts a beautiful creation to its mind.

Afterwards, the person defines two types of knowledge – of the Creator and of the creatures.

He checks if it is worth receiving a reward or not.

When all the pictures are accumulated, the material they form is called the mind.