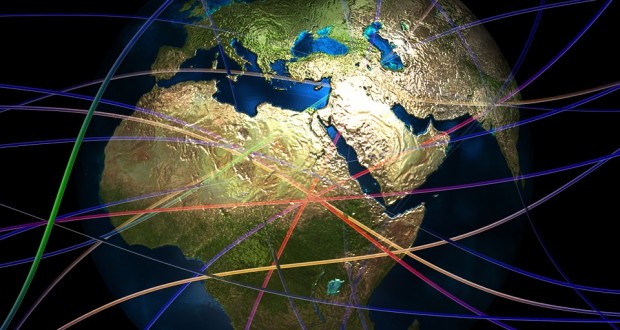 the three Reason to Reveal the Knowledge

There are three reasons for concealment of the knowledge of the wisdom of kabbalah.we will take each reason and shed the light on it to explain the circumstances of why there was a ban in the past and all the sudden now the wisdom is being disclosed to the public and every one is encouraged to search and study to obtain the understanding of the meaning of life and his purpose in this world in how each human being can change the world for better.

the tress reason of of opening the knowledge of the wisdom of the Science of Kabbalah:

All three of the aforementioned bans are simultaneously imposed on every slightest detail in Kabbalah, and no permission to disclose the knowledge is received, unless all three conditions are met.

1) “No Need to Disclose” allows revealing the wisdom only if it is for the obvious good of humanity. Kabbalah asserts, “He who accumulates knowledge brings sorrow”. If knowledge gets into the hands of unscrupulous and immoral people, it can be used to the detriment of society. We see the results of an uncontrolled divulgence of knowledge in our troubled life, in the threat of destruction, in terror. The reason for this lies in the fact that most people live by the principle “So what?” These happy-go-lucky individuals thoughtlessly and unnecessarily circulate the wisdom of Kabbalah. Hence, Kabbalists accepted only those students who could keep it secret and refrain from disclosing it needlessly.

2) “Impossible to Disclose” stems from limitations of the language that is unable to render subtle spiritual notions that we are unable to perceive. Since all verbal attempts are doomed to fail and lead to erroneous conclusions, only a Kabbalist, who achieved a high spiritual level and acquired a special property to reveal clearly the supernal wisdom, may do so.

This special property is described in the works of the great Kabbalist Ari: “Know that the souls of great Kabbalists are filled with the outer (Surrounding) light or with the Inner (filling) light.” The souls filled with the Surrounding light have the gift to expound the Kabbalistic knowledge by investing it in clear words so that only the worthy can understand it. The soul of the great Rashbi was filled with the Surrounding light, hence he had the power to explain things in such a way that, when he spoke before the Great Assembly, only those understood him who deserved to. Therefore, he alone received the divine permission to write “The Book of Zohar,” although the Kabbalists who lived before him knew more. They did not have his gift of investing spiritual notions in words.”

Thus we see that the conditions of divulging the Kabbalistic wisdom depend not on how knowledgeable a Kabbalist is, but on the properties of his soul, on his ability to express the imperceptible. Only because of this gift does he receive permission to disclose a certain part of the wisdom of Kabbalah.

That is why we do not find any fundamental works on Kabbalah composed before “The Book of Zohar.” Those that are available, contain vague and inconsequential hints. After Rashbi (the 2nd Century A.D.) only the Ari (the 16th Century A.D.) was allowed to divulge the wisdom of Kabbalah. Although the Kabbalists who had lived before him most probably knew a lot more than he did, they did not receive the permission to disclose the wisdom due to the above-mentioned reason. Hence they refrained from composing and printing anything but some vague remarks. That is why from the time of the Ari all genuine Kabbalists have stopped using other books and only study his works and “The Book of Zohar.”

3) “The Creator’s personal secret” consists in that the Kabbalistic knowledge is only revealed to those who selflessly dedicate themselves to the idea of similarity to the Creator. Therefore Kabbalists of the past always selected only those students who whole-heartedly aspired to learn in order to attain the equivalence of form with the Creator. Since all the others were rejected and since Kabbalah was concealed from the public eye, many frauds passed themselves off as Kabbalists and made a profit out of soothsaying, making amulets, “saving” people from the evil eye and selling many other “miracles” by luring simpletons. To this very day there are scores of such “kabbalists” and customers of their “divine” mascots, red bracelets, holy water, etc.

Originally Kabbalah was concealed for this very reason; therefore the true Kabbalists took upon themselves an obligation to subject their disciples to very stringent tests. This explains why only few people in every generation were granted permission to study the wisdom of Kabbalah, and to reveal a portion of it on condition that all three above-listed bans are lifted.

The fact is that only if “a point in man’s heart” awakens, will he aspire to attain the properties of the Upper world and the similarity to the Creator. Only such people are allowed to be taught Kabbalah. The rest are just eager to learn “magic actions for controlling destiny and manipulating others.” Of course, all they produce is a psychological effect, which, apropos, can sometimes really “work wonders”. Nonetheless, we should not confuse it with the Upper forces and properties. Therefore, until today there are two kinds of wisdom: “Kabbalah for consumers” and “the science of Kabbalah”. The first serves for the benefit of sellers of amulets; the second is for those who truly aspire to discover the spiritual.

One should not think that these three bans imposed on divulgence of the Kabbalistic knowledge divide Kabbalah into three parts. No, every part, word, notion, and definition falls under these three interdictions.