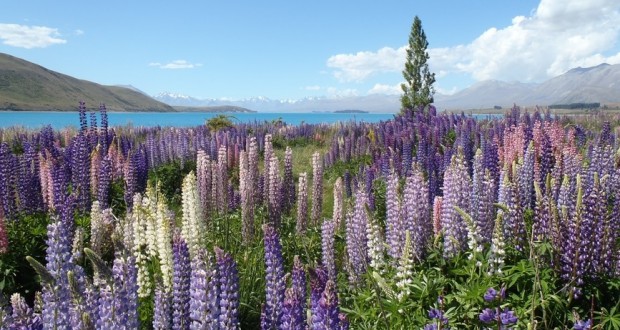 Sometimes Spirituality Is Called “a Soul”

We must understand why spirituality is sometimes called “a soul” as it is written, “Body and soul,” and sometimes spirituality is called “soul” as in, “And you shall love the Lord your God with all your heart and with all your soul.”Usually, when speaking of spirituality, we speak of its highest discernment, which is soul, so that one will know that a high degree has been made ready for him, which is soul, to evoke in his heart the desire to achieve it and to think what is the reason that he has not achieved it yet. Then he will come to know that all we need in order to attain spirituality is equivalence of form.

The body is born with a nature of self-love, which is disparity of form from the Creator, whom we attain as only giving. Thus, one should cleanse one’s body and come to equivalence of form so he, too, will want to do things that are only to bestow. By that, he will be able to reach this high degree called soul.This is why we always speak in terms of body and soul.

This is why it says, “With all your heart,” and subsequently, “With all your soul.” In other words, one must be willing to give everything he has to the Creator. But afterwards, if he obtains a higher degree, meaning spirit, and then a soul, he should still be willing to give everything to the Creator. But the text begins with the first degree that comes after the body.

From this, we see that The Zohar interprets the “all” that adds to us as coming to tell us that soul and spirit are included in the Neshama. However, it deliberately begins with soul, since after the body comes the soul. But when we speak of spirituality in general, we refer to spirituality as Neshama, as it is written, “And he blew into his nostrils the Neshama [“soul” or “breath”] of life.”

To obtain the degree of NRN [soul/ Nefesh-spirit/Ruach-Neshama], we must go by a path of bestowal and try to come out of self-love. This is called “the path of truth,” meaning that by so doing, we will achieve the quality of truth that exists in His Providence, who behaves toward us with the quality of benevolence.

This is called “The Creator’s seal is truth.” This means that the objective of the work of the Creator, meaning His work in creating the worlds—which is to do good to His creations—is that man must reach the Creator’s quality of truth. Man will know that he has reached his completeness after he has attained the guidance of the Creator as benevolent, whether he has abundance. But also, he should see that others have abundance, too, meaning see that everyone has complete abundance.

“The fourth discernment of love, which is unconditional love, is eternal. This is so because after he has judged the whole world favorably, the love is eternal and absolute. There cannot be covering and hiding in the world because there, it is a place of complete disclosure of the face, as it is written, ‘Your Teacher will no longer hide Himself, but your eyes will see your Teacher,’ since he already knows all of the Creator’s dealings with all the people in the form of true Providence that appears from His name, ‘The Good who does good to the good and to the bad.’”

It therefore follows that if one reaches complete perfection, he attains his true state. However, there are preliminary degrees before that, as it is written in “Introduction to the Study of the Ten Sefirot,” that the first discernment is repentance from fear. It is written about it “The first degree of attainment of the disclosure of the face, meaning attainment and sensation of the Providence of reward and punishment in a way that He who knows all mysteries will testify that he will not turn back to folly, is called ‘repentance from fear.’ At that time, his sins become mistakes for him, and he is called ‘incomplete righteous’ or ‘medium.’”

The answer is that there must be absence before there is presence. This means that first there must be a vessel, which is called “a lack,” and then there will be room to fill the lack. Therefore, first, one must go forward and bring himself closer to the truth each time. In other words, each time he goes forward, he sees his situation: that he is immersed in self-love. And each time he should see more clearly that self-love is bad because self-love is what hinders us from reaching the delight and pleasure that the Creator has prepared for us, as this is what separates us from the Creator.

Accordingly, we can understand that what a person thinks—that he is regressing now that he has begun on the path of truth—he must know that this is not so. Rather, he is advancing toward the truth. Previously, when his work was not based on bestowal and faith, he was far from seeing the truth. But now he must come to feel the evil within him, as it is written, “There shall be no strange god within you.”

Our sages said, “Who is the strange God in a man’s body? It is the evil inclination.” In other words, within a person, the will to receive is his very evil.

And then when he has achieved the recognition of evil, he can say that he is going to correct it. It turns out that prior to attaining his evil to an extent where he couldn’t tolerate it any longer, there was nothing to correct. Thus, he has indeed gone a long way forward in the truth, to see his real situation.

And when a person sees the evil in himself to an extent that he cannot tolerate it, he begins to seek advice for how to come out of it. But the only advice for a man of Israel is to turn to the Creator, so He will open his eyes and his heart and fill it with sublime abundance, as our sages said, “He who comes to be purified is aided.”

Then, when he receives help from the Creator, all the lacks will be filled with the light of the Creator, and he begins to rise on the degrees of holiness because the need has already been prepared within him by coming to see his true state. Hence, now there is room to receive his completeness.

And then a person begins to see how each day, according to his work, he rises ever upwards. However, we must always awaken what the heart forgets, what is needed for the correction of the heart— Love of friends—whose purpose is to achieve love of others.

This is not a pleasant thing for the heart, which is called “self-love.” Hence, when there is a gathering of friends, we must remember to bring up the question, meaning everyone should ask himself how much we have advanced in love of others, and how much we have done to promote us in that matter.