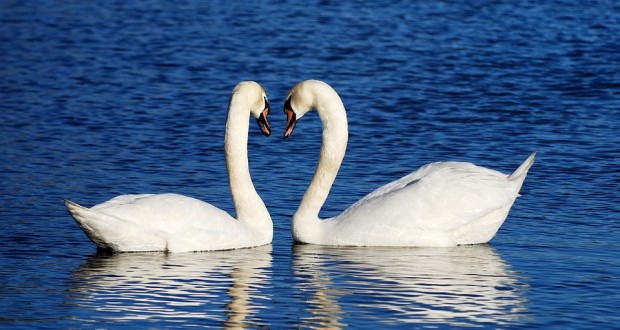 According to What Is Explained Concerning “Love Thy Friend as Thyself”

According to what is explained concerning “Love your neighbor as yourself” all the details of all the commandments are contained in this rule. It is as our sages say “The rest is its commentary; go study.”what does love of friends give us? It is written that by gathering a few friends together, since they each have but a small force of love of others—meaning they can carry out the love of others only potentially—when they implement it, they remember that they have decided to relinquish self-love in favor of love of others. But in fact, one sees that he cannot relinquish any pleasure of the will to receive in favor of another, not even a bit.

However, by assembling a few people who agree that they have to achieve the love of others, when they annul themselves before one another, they are all intermingled. Thus, in each person there accumulates a great force, according to the size of the association. And then each can execute the love of others in actual fact.

So what do the details of the commandments give us, which we said are in order to keep the rule, since the rule is kept by love of friends? And we see that in reality, there is love of friends among the secular, too. They, too, gather in various circles in order to have love of friends. What, then, is the difference between religious and secular?

Actually, the meaning is that when a few people come together for the purpose of love of friends, with the intention that each and every one will help his friend improve his corporeal state, each anticipates that by having more meetings they will profit from society and improve their corporeal state.

However, after all the meetings, everyone calculates and sees how much they have received from the association for the self-love, what the will to receive has gained by that, since they invested time and effort to benefit society. So what have they gained by it? One could probably succeed more if engaged in self-benefit, at least the part of his own efforts. But, “I entered the association because I thought that through it, I would be able to gain more than I could gain alone. But now I see that I have gained nothing.”

Then one regrets it and says, “I would be better off using my own little strength instead of giving my time to society. However, now that I have given my time to society, in order to gain more properties through help from the society, I finally realize that not only did I not gain anything from society, I even lost what I could have gained alone.”

When someone wishes to say that love of friends should be engaged in for the purpose of bestowal, that everyone should work to benefit others, everyone laughs and mocks him. It seems to them like a kind of joke, and this is a seat of seculars. It is said about it, “but sin is a reproach to any people, and every grace that they do, they do for themselves.” Such a society detaches one from holiness and casts him into the world of mockery. This is the prohibition of the seat of the scornful.

What is the meaning of “righteous”? It is those who want to keep the rule, “Love your neighbor as yourself.” Their sole intention is to exit self-love and assume a different nature of love of others. And although it is a commandment that should be kept, and that one can force oneself to keep, love is still something that is given to the heart, and the heart disagrees with it by nature. What, then, can one do to make love of others touch the heart?

This is why we have the commandments, they have the power to induce a sensation in the heart. However, since it is against nature, that sensation is too small to have the ability to keep love of friends , even though one has a need for it. Hence, now he must seek advice on how to actually implement it.

The advice for one to be able to increase his strength in the rule, “Love your friend,” is by love of friends. If everyone is nullified before his friend and mingles with him, they become one mass where all the little parts that want the love of others unite in a collective force that consists of many parts. And when one has great strength, he can execute the love of others.

And then he can achieve the love of God. But the condition is that each will annul before the other. However, when he is separated from his friend, he cannot receive the share he should receive from his friend.

However, if it is to the contrary, and he says that his friend is zero and he is one, then he is ten times less than his friend 0.1. And if he can say that he is one and he has two friends who are both zeros compared to him, then he is considered a hundred times less than them, meaning he is 0.01. Thus, his degree lessens according to the number of zeros he has from his friends.

Yet, even once he acquires that strength and can keep the love of others in actual fact, and feels his own gratification as bad for him, still, do not believe in yourself. There must be fear of falling into self-love in the middle of the work. In other words, should one be given a greater pleasure than he is used to receiving, although he can already work in order to bestow with small pleasures and is willing to relinquish them, he lives in fear of great pleasures.

This is called “fear,” and this is the gate to receive the Light of faith, called “The inspiration of Divinity,” as it is written in The Sulam Commentary, “By the measure fear is the measure of faith.”

In other words, it is not that the commandment should expand our will to receive, meaning that by keeping the commandments we would be generously rewarded. Quite the contrary; by keeping it we will reach the reward of being able to annul our self-love and achieve the love of others, and subsequently the love of God.

Not granted means that one engages in study to multiply self-love, so the body would acquire possessions in return for its work. If granted, one’s self-love is nullified and he aims to receive a reward that is the strength for love of others. By this he will reach the love of the Creator—that his only wish will be to give contentment to the Creator.

commandments contentment to the Creator 2015-02-08
صاحب حكيم
السابق: One Should Always Sell the Beams of His House
التالي: Love of Friends