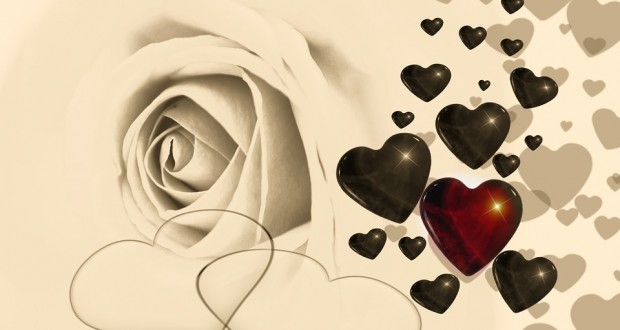 “Love your neighbor as yourself.”

what is it? why is it? and why it came to be the foundation of that the universe was built on it? what is love ? who is a neighbor/ friend? and how it became to be a rule?

the kabbalist Akiva says, “It is a great rule of the commandments.” It means that if one keeps this rule, all the details are included in it, meaning it is taken for granted that we will come to the particulars effortlessly, without having to work for it.

However, we see that we were told: “What does the Lord seek of us? He want us to fear HIM.” Thus, the primary requirement from a person is only fear. If one keeps the commandment of fear, for in this all the laws are included even the commandment of “Love your neighbor as yourself.”

Yet, according to the words of  Akiva, it is the opposite, meaning fear is contained in the rule of “Love thy friend.” Moreover, according to our sages the meaning is not as Akiva says. They referred to the verse, “The end of the matter, all having been heard: fear God, and keep His commandments; for this is the whole man.” yet we asks, “What does it mean, ‘this is the whole man?’ kabbalist Elazar said, ‘The Lord said the whole world was not created but for this.’” However, according to the words of  Akiva, it seems that everything is contained in the rule, “Love your neighbor.”

Nevertheless, we find in the words of our sages that they said faith is the most important. They said that Habakkuk came and declared that there is only one: “the righteous shall live by his faith.”

“The thing that is most conclusive for any person from Israel, at any time, is faith.” In other words, the essence of the rule is faith. Accordingly, it turns out that both fear and “Love thy friend” are contained in the rule of faith.

If we are to understand the above, we must examine closely the following:

The most important thing is to always remember the purpose of creation, which is known to be “to do good to His creations.” Thus, if He wants to give them delight and pleasure, why are these three above matters—faith, fear and “Love your neighbor”? It means that they need only qualify their vessels to be able to receive the delight and pleasure that the Creator wishes to give to the creatures.

Now, we must understand what these three above-mentioned things qualify us for. Faith, confidence included, gives us a preliminary belief in the goal, which is to do good to His creations. We must also believe with certainty that we can promise ourselves that we, too, can reach that goal. In other words, the purpose of creation is not necessarily for a select group. Rather, the purpose of creation belongs to all creations without exception. It is not necessarily the strong and skillful, or the brave people who can overcome. Rather, it belongs to all the creatures.

Thus, we must also use faith to have confidence that we can reach the goal and not despair mid-way and flee the campaign. Rather, we should believe that the Creator can help even a low and ignoble person like myself. It means that the Creator will bring me near Him and I will be able to attain adhesion with Him.

Yet, to acquire faith, fear must come first, as it is related in the introduction to the Zohar: “Fear is a commandment that contains all the commandments together, since it is the gate to faith in Him. According to the awakening of one’s fear so one believes in His guidance.”

It ends there: “The fear is lest he will lessen the giving of contentment to his Maker.” This means that the fear that one should have with regard to the Creator is that perhaps he will not be able to give contentment to the Creator, and not that fear will concern one’s own benefit. It follows that the gate to faith is fear; it is impossible to reach faith by any other way.

To acquire fear, the fear that one might not be able to give contentment to his Maker, he must first desire and yearn to bestow. Afterwards, he can say that there is room for the fear that he might not be able to sustain the fear. However, one is usually afraid that perhaps his self-love will not be complete, and he does not concern himself with not being able to bestow upon the Creator.

By which substance can one be brought to acquire a new quality that he must bestow, and that reception for self is faulty? This is against nature! Though at times, one receives a thought and desire that he must abandon self-love, which comes to us by hearing of it from friends and books, it is a very small force, which does not always shine for us so we can constantly appreciate it and say that this is the rule for all everything.

Thus, there is but one counsel: Several individuals must come together with the desire to abandon self-love, but without the sufficient force and appreciation for bestowal to become independent, without help from the outside. Now, if these individuals annul before one another, since each of them has at least potential love of the Creator, though they cannot actually keep it, then by each joining the society and annulling oneself before it, they become one body.

For example, if there are ten people in that body, it has ten times more power than a single person does. However, there is a condition: When they gather, each of them should think that he has now come for the purpose of annulling self-love. It means that he will not consider how to satisfy his will to receive now, but will think as much as possible only of the love of others. This is the only way to acquire the desire and the need to acquire a new quality, called “the will to bestow.”

And from love of friends one can reach love of the Creator, meaning wanting to give contentment to the Creator. It turns out that only in this does one obtain a need and understanding that bestowing is important and necessary, and this comes to him through love of friends. Then we can talk about fear, meaning that one is afraid that he will not be able to bestow contentment to the Creator, and this is called “fear.”

Hence, the primary basis upon which the building of sanctity can be erected is the rule of “Love thy friend.” By that, one can acquire the need to bestow contentment upon the Creator. After that, there can be fear, meaning fear of perhaps not being able to give contentment to the Creator. When actually past that gate of fear, he can come to faith, because faith is the vessel for instilling Divinity, as it is explained in several places.

We thus find that there are three rules before us: The first rule is that of the kabbalist Akiva, being “Love thy friend as thyself.” Prior to that, there is nothing that provides a person with the fuel enabling him to modify his situation even a bit, as this is the only way to exit from self-love toward love of man, and the feeling that self-love is a bad thing.

Now we come to the second rule, which is the fear. Without fear, there is no room for faith, as Baal HaSulam says.

Finally, we come to the third rule, which is faith. After all the above-mentioned three rules have been acquired, one comes to sense the purpose of creation, which is to do good to His creations.

faith fear love 2015-02-08
صاحب حكيم
السابق: According to What Is Explained Concerning “Love Thy Friend as Thyself”
التالي: Love of Friends 1