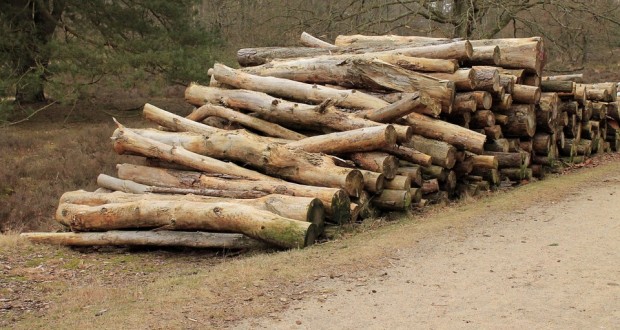 One Should Always Sell the Beams of His House

“ Yehuda Ashlag said, One should always sell the beams of his house and put shoes on his feet We should understand the precision about the beams of one’s house and the great importance of shoes, to the point that it is worth selling the beams of his house for it, meaning to have the ability to put shoes on his feet.We should interpret it in the work. The Beams of his house comes from the word Mikreh “ incident/event” meaning everything that a person experiences in his home. We perceive man by two discernments—by knowledge, meaning with the intellect, and by emotion, meaning what we feel in our hearts—whether we are happy or unhappy.

Between a person and the Creator means that he has complaints that the Creator is not satisfying all his needs. In other words, the Creator should fulfill what the person thinks he needs because the rule is that the conduct of the Good is to do good. And sometimes he complains as though he feels the opposite—that his situation is always worse than that of others, who are at a higher degree than he is.

It follows that he is in a state called “spies,” who slander Providence because he doesn’t feel that delight and pleasure in his life and it is hard for him to say, “Only goodness and grace will follow me all the days of my life.” Thus, at that time he is in a state of “spies.”

Our sages said about that  “One must bless for the bad as he blesses for the good,” since the basis is built on faith above reason. This means not relying on what the intellect compels one to think, say, and do, but on faith in a benevolent, higher Providence. And precisely by justifying Providence, one is later rewarded with feeling delight and pleasure.

Baal HaSulam gave an allegory about a person who had complaints and demands of the Creator that He wasn’t granting all his wishes. It is like a person who is walking on the street with a little child, and the child is crying bitterly. All the people on the street are looking at the father and thinking, “How cruel is this man who can hear his son crying without paying any attention? The child’s cries make even people on the street feel sorry for the child, but this man, who is his father, doesn’t. And there is a rule, ‘As a father has compassion on his children.’”

The child’s cries made people go to his father and ask, “Where is your mercy?” Then his father replied, “What can I do if my son, whom I keep like the apple of my eye, demands of me to give him a pin so he can scratch his eye because he has an itch in his eyes? Can I be called “cruel” for not granting his wish, or is it for mercy that I will not give it to him so he will not poke his eye and remain blind forever?”

Therefore, we must believe that everything that the Creator gives us is for our own good, although we must pray, just in case, that the Creator will lift these troubles from us. However, we must know that the prayer and the granting of the prayer are two separate issues. In other words, if we do what we must, then the Creator will do what is good for us, as with the above allegory. It is said about that, “And the Lord will do that which seems good to Him.”

One may have questions and complaints about his friend, since he is working devotedly in love of friends, yet he sees no response on the part of the friends that would help him in any way. They are all behaving not according to his understanding of how love of friends should be, meaning that each one will speak to his friend in a respectable manner, as it is among distinguished individuals.

Also, regarding actions, he sees no action on the part of the friends that he can look at in relation to love of friends. Instead, everything is normal, as it is among ordinary people who still did not have an interest in coming together and deciding to build a society where there is love of friends, where each cares for the well-being of the other.

Thus, now he sees that there is no one to look at who engages in love of friends. And since he feels that he is the only one who is walking on the right path, and he is looking at everyone with contempt and scorn, this is called “spies.” That is, he is spying on his friends to see if they are behaving properly toward him in regards to “Love your friend.” And since he constantly hears that the friends are preaching all day long that love of others is the most important, he wants to see if what they say is what they do.

And then he sees that it is all lip service. He finds that even in speaking there is no love of others, and this is the smallest thing in love of others. In other words, if he asks someone a question, he answers him off handedly, indifferently, not in the way one answers a friend. Rather, it is all cold, as though he wants to get rid of him.

And don’t ask me, “If you’re thinking about love of others, why are you criticizing if your friend loves you, as though love of friends is established on the basis of self-love, and this is why I want to see what my self-love gained from this engagement?” These are not my thoughts. Rather, I truly want love of others.

This is why I was interested in establishing this society, so I would see that each and every one is engaging in love of others, so that through it, the little bit of force that I have in love of others would increase and I would have the strength to engage in love of others more powerfully than I could by myself. But now I see that I have gained nothing because I see that not even one is doing good. Thus, it would be better if I weren’t with them and hadn’t learned from their actions.

To that, there is the reply that if a society is established with certain people, and when they gathered, there must have been someone who wished to establish specifically this “bunch.” Thus, he sorted out these people to see that they were suitable for each other. In other words, each of them had a spark of love of others, but the spark could not ignite the light of love to shine in each, so they agreed that by uniting, the sparks would become a big flame.

Hence, now, too, when he is spying on them, he should overcome and say, “As all of them were of one mind that they must walk on the path of love of others when the society was established, so it is now.” And when everyone judges his friends favorably, all the sparks will ignite once more and again there will be one big flame.

It is as Baal HaSulam once said when he asked about the covenant that two friends make, “And Abraham took sheep and oxen, and gave them unto Abi melech; and they two made a covenant.” He asked, “If the two of them love each other, of course they do good to each other. And naturally, when there is no love between them because the love has waned for some reason, they do not do good to one another. So how does making a covenant between them help?”

We can also see that although now they do not feel the love as it was when the society was established, everyone must still overcome his view and go above reason. By that, everything will be corrected and each will judge his friend favorably.

Now we can understand the words of our sages, who said, “One should always sell the beams of his house and put shoes on his feet.” Min’alim [shoes] comes from the word Ne’ilat Delet [locking a door], meaning closing. Once a person has spied on his friend—and Rigel [spied] comes from the word Raglaim [feet/legs]—he should “Sell the beams of his house,” meaning all that has happened to his house in the connection between him and his friend, meaning the spies that he has, who slander the friends.

Then, “Sell everything” means remove all the incidents that the spies have brought to him and put shoes on his feet, instead. The meaning is that he should lock away the spies as though they no longer exist in the land, and he will shut away all the questions and demands that he has about them. And then everything will come to its place in peace.

2015-02-08
صاحب حكيم
السابق: Concerning the Importance of Society
التالي: According to What Is Explained Concerning “Love Thy Friend as Thyself”